Return to Our School

Longlands Primary School is a small, friendly school. We are a one form entry school with approximately 200 children on roll. We take pride in encouraging individuality, as well as developing each child’s potential to the full.

The school was opened in March 1974. It is situated at the end of a small cul-de-sac with grounds adjoining Herts Regional College. It is easily accessible from the A10 and the M25, and lies with a residential area. We are also within an area which has a large choice of schools for Secondary Education.

We have extensive grounds surrounding the school incorporating two playgrounds one of which is used by the junior children and the other by the younger children, a large playing field and conservation area. The grounds are continually being developed to meet the needs of the curriculum and the community it serves. 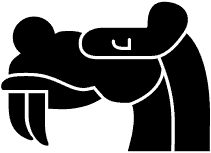 Our school emblem is Quetzalcoatl, who was an Aztec God who was worshipped in Central Mexico in A.D. 300.  He was regarded as the God of Fertility, Wind and Dawn. He was thus the God of Civilisation and the God of Learning, who presided over the education of the young.